Man’s best friend has been associated with our family since long before I was born.  My roots are in Scotland (just) and from the 1920s to the 1950s my family lived in Cults, at that time a village on the north Deeside Road into Aberdeen.  I wasn’t old enough to remember it in great detail but my Dad seemed to have an affinity for calling his dogs “Glen”, usually a border collie  and my first story was related to me many times over the years.

In the 1930s my Grandparents lived down the road in the village of Bieldside and their property covered approximately one acre.  They had a petrol station and their home was situated on the main road, roughly centred on the boundary.  The story goes that Glen had a regular routine.  He’d sit on the side of the road until the traffic was clear, cross to the white line and proceed to walk down the line until he reached the property’s boundary whereupon he’d cross back over, do a circuit around the property, cross back to the white line and come back full circle.  Apparently all the local drivers knew him and he wouldn’t budge from the white line until he got to where he was going.  Aberdeen has grown of course since those halcyon days.  Cults and Bieldside are now a full part of the metropolis and “countryside” is much further out-of-town.

My second story concerns another “Glen”.  By this time Hilary and I were growing up in the West Midlands and were lucky to have countryside around us in the form of Sutton Park but my story is one from the back garden.  My parents had bought a dog, Glen; I think for Hilary.  Not a collie this time but a first-cross Foxhound if memory serves.  It was fashionable in the late 50s early 60s to have wire boundary fences.  We had a French window that looked out across the back garden and an open field (until they built a school).  Next door lived a black cat.  Well the dog used to go crazy on sight of the cat and insist on going to see it off.  He’d never catch it and probably wouldn’t have known what to do with it if he had, but the cat knew this and would sit on her side of the fence quite close, demurely watching as Glen raced up and down the garden.  When he stopped she’d very carefully poke one paw through the fence and very slowly, deliberately, clout the dog across the nose.  He never learnt and always fell for it every time.

My last story occurred in the late 70s after we’d both left home.  Mum and Dad were still living in the West Midlands and they had been invited to stay with Hilary and Paul for a short break.  Anyway somehow they ended up shopping at Harrods!  The first I knew of this was when they dropped into my work in Slough on their way home where they showed me this gorgeous puppy.  A pedigree Border collie named “Glen” of course.  The picture is when he was much older but he had a lovely temperament and I think he was always my favourite even if he belonged to my parents and wasn’t mine.

This “Glen” went on to father some puppies, one of which my parents kept. Flicka had a very different character and she demanded much more attention than her Dad!

I hope you enjoy the anecdotes.

2 Replies to “Memories From Childhood” 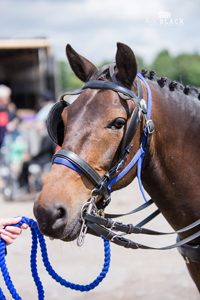